Yesterday I mentioned I got a new gadget. Well, actually I mentioned it twice, because last night I posted a post about it, on it. Well, here it is: 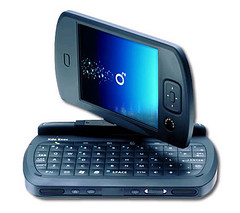 So I got it yesterday, and I love this thing. In the post about the hammer, that photo came from the JasJar’s camera. And the post I made last night was using Opera on the JasJar in full 640X480 resolution, over a Wifi connection.

That’s the party piece of the JasJar: Full VGA screen. I actually, this morning, Remote Desktop’ed into my servers to check something, while on the JasJar! Absolutely perfect!

Now for some developing!